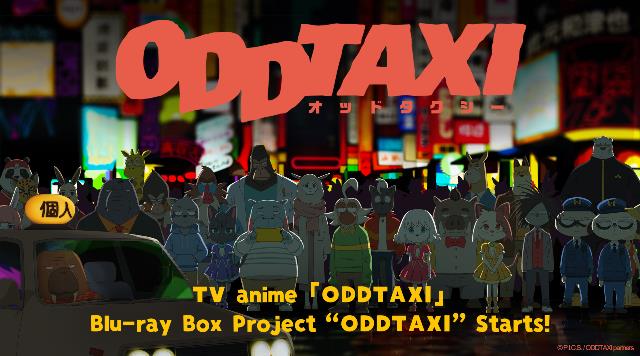 TV Anime "ODDTAXI", which reached its final episode with a shocking turn of events that changed the landscape forever, is now underway! The name of this project is 「Project "ODDTAXI"」!

There was no plan to release a Blu-ray box, but after receiving requests from many people, we decided to start a project to release the Blu-ray.

If a certain number of applications (300 sets) are received, the Blu-ray BOX will be released, and with each additional application, the specifications will become more luxurious. The larger the circle of support from those who wish to participate, the more the project will accelerate!

■1,500 sets achieved About the survey invitation email■
Customers who purchased the product after 12:00 p.m. (JST) on September 1 will receive an email on or after the afternoon of October 1 (JST).
【Response deadline】Until 8th October 2021 23:59 JST