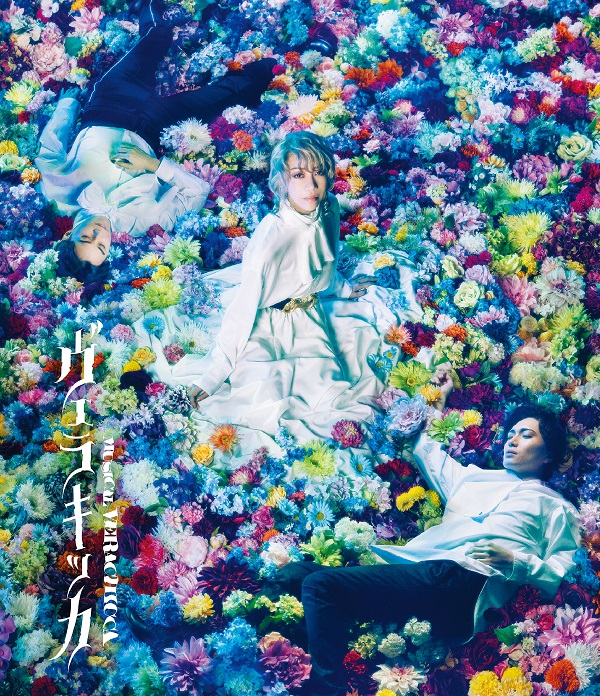 ¥6,000
Related Category
List of countries that service could not be provided
BELARUS, UKRAINE, RUSSIAN FEDERATION
The item has been added to the cart.
Proceed to Cart
The latest in playwright Kenichi Suemitsu's lifework, the TRUMP series, is a "TRUMP-style" bizarre human love story!
Playwright Kenichi Suemitsu's lifework, the "TRUMP" series, began in 2009.
Beginning with "TRUMP," the origin of the series that depicts the bloodsucking boys of MAYUKI, or puberty in human terms, as they crave for life.
The series has so far included "LILIUM", "SPECTER", "GRAND GUIGNOL", "MARIGOLD," "COCOON: TSUKI NO KAGERI HOSHI HITOTSU",
"KURO SEKAI: Uka no Shou", and "KURO SEKAI: Hiyori no Shou" and opened one after another.

The latest musical, "VERACHICCA," is a bizarre human love story told in the "TRUMP style" and depicts "human feelings" through a family in a bizarre and emotional story.

The bloodsuckers of the Verachicca family all show intense affection and attachment to Nora.
Then a new adopted child, Candy (Aya Hirano), is welcomed.
When Candy gets involved in a mounted game over Nora, the secrets of the VERACHICCA family are revealed.

(C)2022 WATANABE ENTERTAINMENT
Actual delivery date will slightly vary depending on the region.