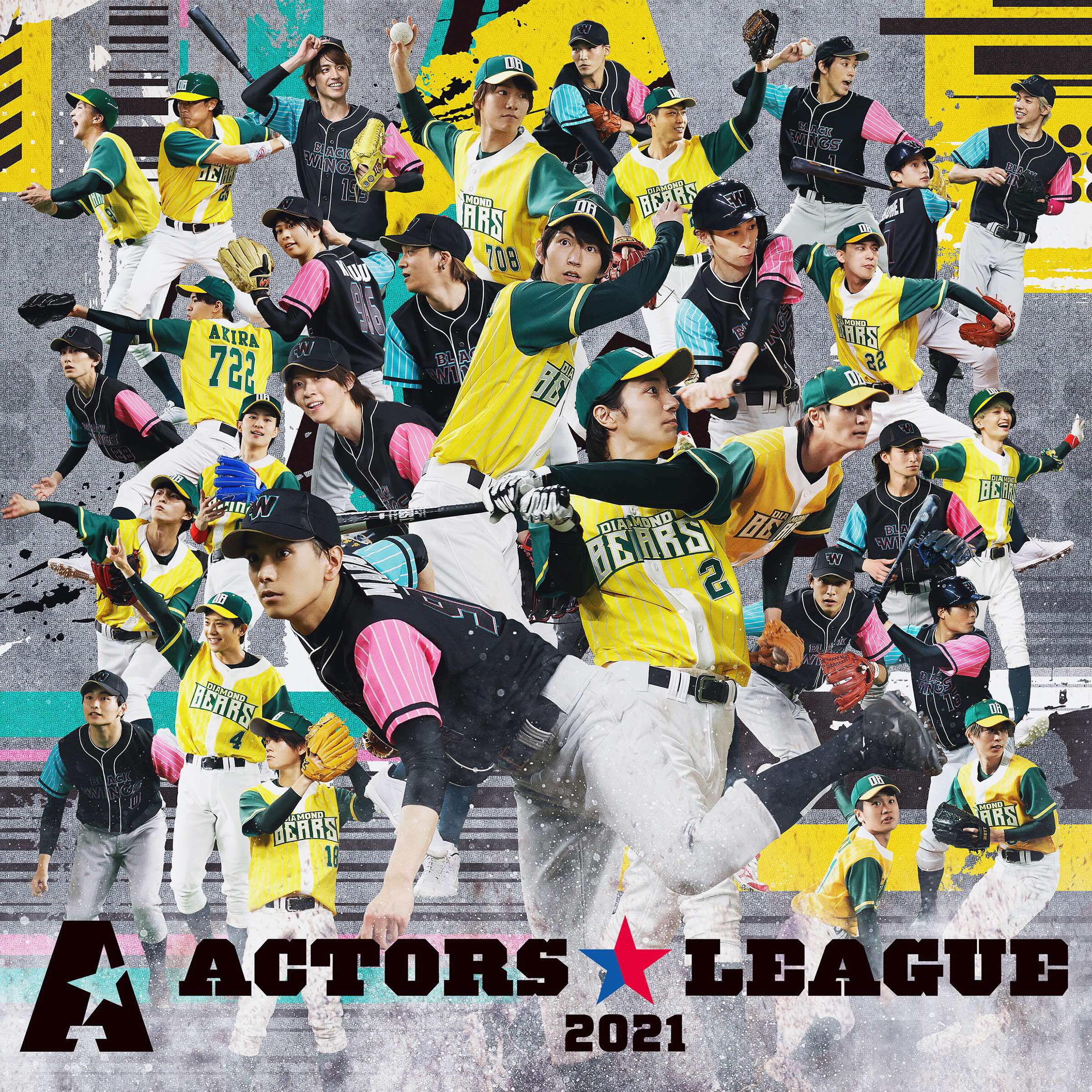 ¥2,273
Related Category
List of countries that service could not be provided
RUSSIAN FEDERATION, UKRAINE, BELARUS
The item has been added to the cart.
Proceed to Cart
[Product Details]
ACTORS☆LEAGUE 2021
PCCA-06092/base price ￥2273

The first collection of cheering songs from the ACTORS☆LEAGUE, a group of very popular actors who love baseball, will be released!

I want to share the fun and excitement of live entertainment
with the audience in a place where the young actors who will lead the next generation can shine,
even in the face of the COVID-19 disaster!

On July 20th, "ACTORS☆LEAGUE 2021" was held at the Tokyo Dome,
which has been the venue for baseball games, concerts,
and theater events that have brought many audiences into a frenzy.
The dream match between the BLACK WINGS, led by Director Ikusaburo Yamazaki
and Captain Mario Kuroba, and the DIAMOND BEARS,
led by Director Matsuya Onoe and Captain Takuma Wada, was realized.
The actors, who are skilled in singing and dancing, will not only play baseball games
but also give various performances to fascinate the audience,
creating the ultimate entertainment show to energize today's Japan.

In commemoration of the "ACTORS☆LEAGUE 2021", the theme song "L.A.S.T.",
written and composed by Yu Shirota, the commissioner of the tournament,
is magnificent, dramatic and exhilarating. team song), "D.B. Go For It" (DIAMOND BEARS team song),
and "L.A.S.T." which consists of the recording, and the music videos of "B.W. Anthem"
and "D.B. Go For It" which consists of the highlights of both teams.
A 2-disc EP will be released with a special Blu-ray containing music videos.
Shipment from December 15th, 2021. The actual delivery date will slightly vary depending on the region.